Before the 16th century this wooded area was called Eekhout. In the 17th century, Governor-General Monterrey built a fort there and the city walls became a fact: as protection against the French troops. This fort was demolished in 1783. In 1822, General Krayenhoff, inspector of the Dutch Military Engineers:, built a new one. These works were only finished when the Belgian state was a fact. The Duke of Wellington came to personally inspect the fort. In 1872, the liberal city council built the current Citadel Park there. It was also used in 1913 for the Ghent World Exhibition.

Some photos from the City Archives of the city of Ghent 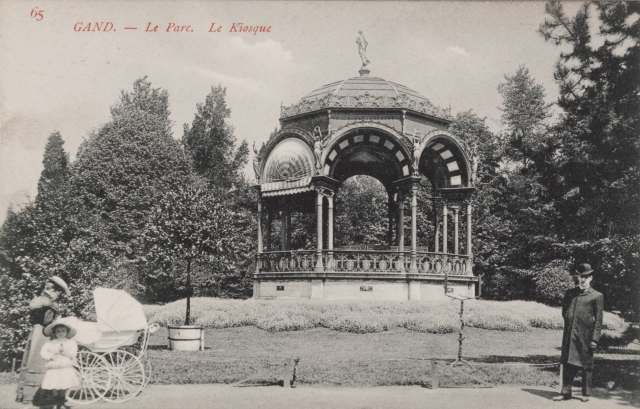